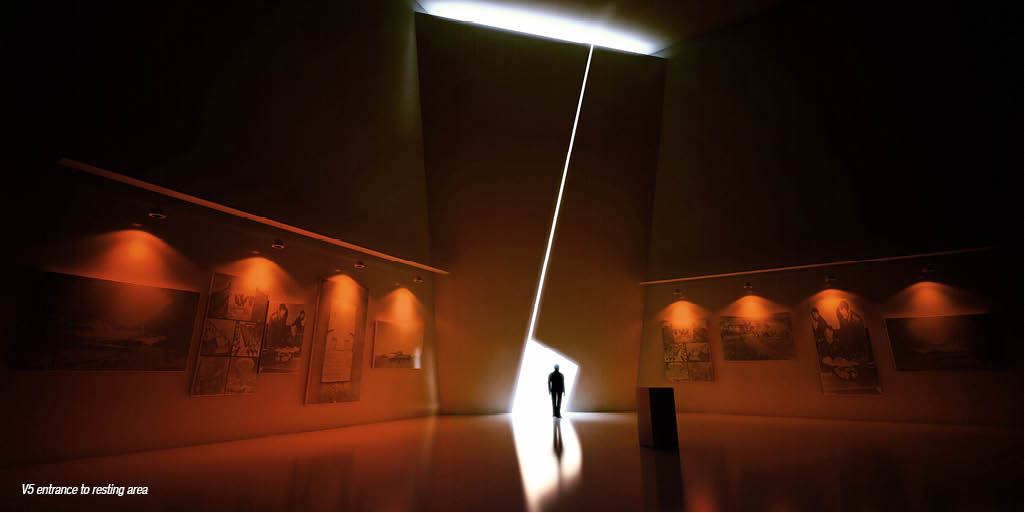 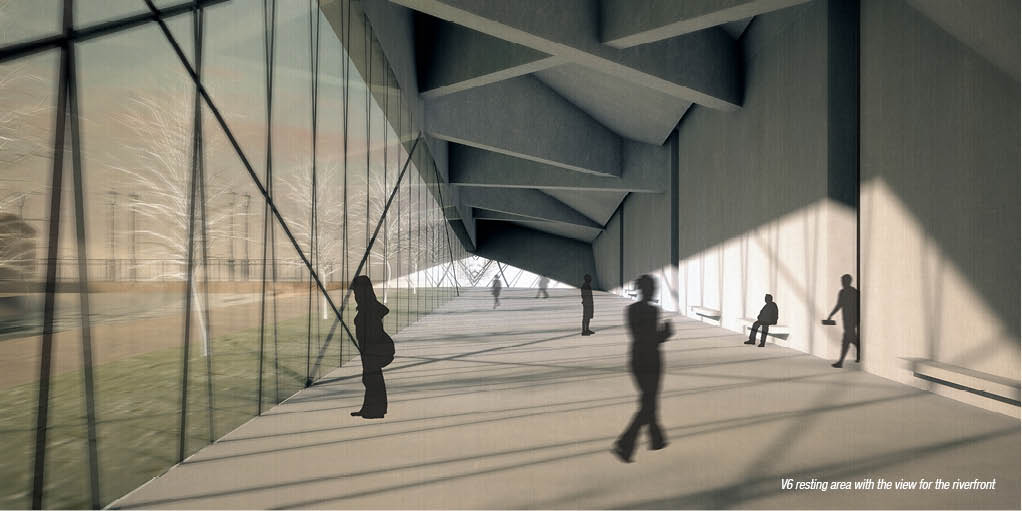 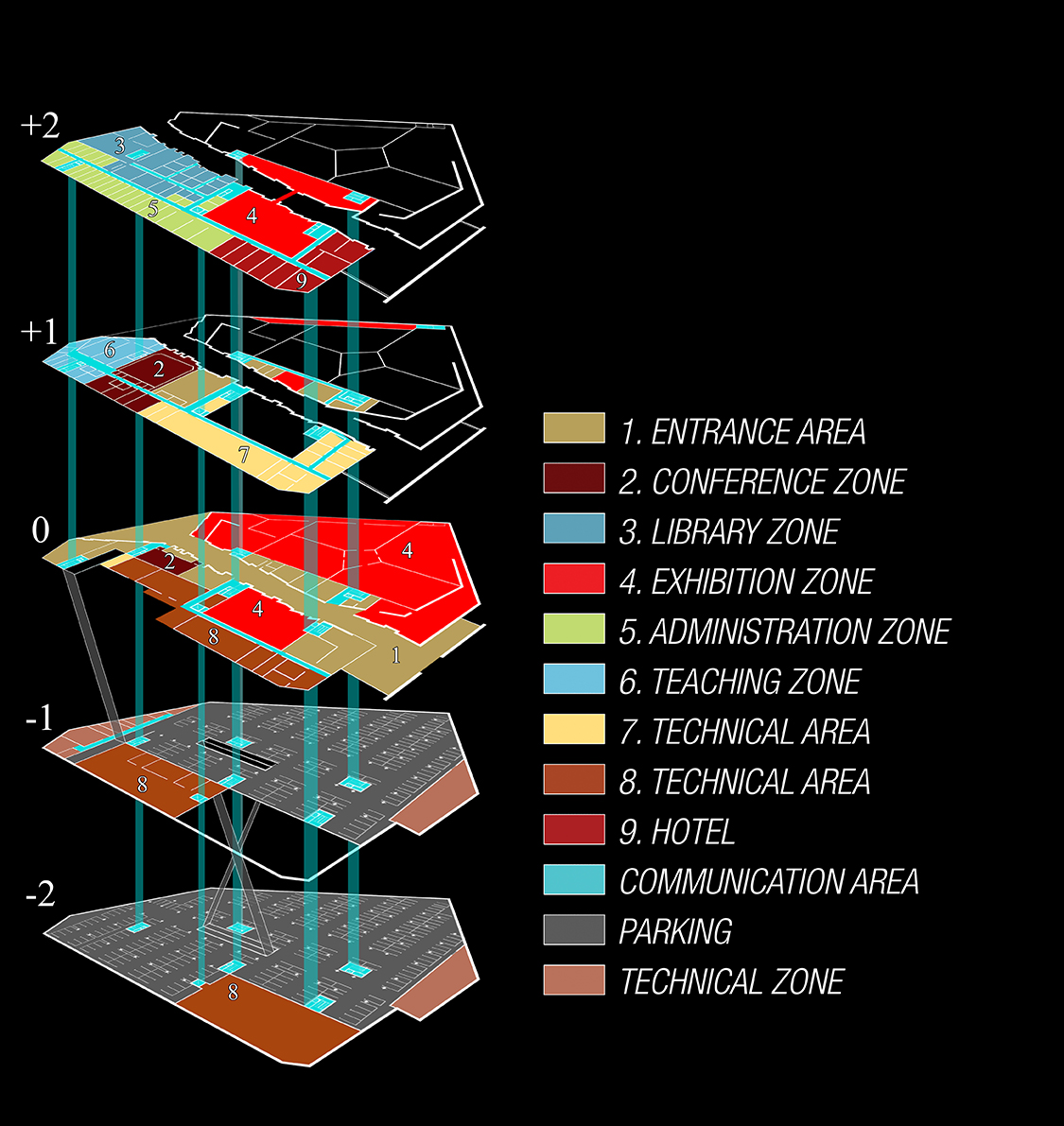 Second World War Museum was designed not only as a memorial but also as a meeting place for tourists and citizens with library, conferences, educational spaces etc. Structure of an object was initiated by the course of old town street demolished during war. Building consists of two solids, one divided longways recreating the route of a pre war street which constituted the main alley of the museum. The alley separates the exhibition and additional functions of the building and gives the impression of ruins who’s explorations reveals the story of the war, bit by bit.